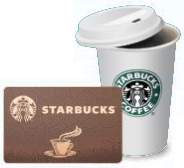 Keeping a watchful eye on your assets can present a formidable challenge in this day and age. Fraud affects more than 25 million Americans each year1, and exploiters are constantly developing new and more sophisticated schemes. Many of us are concerned not just about our own money, but about family members' funds as well. There are currently about 36.5 million people serving as unpaid caregivers for adult family members in the U.S., and in almost half of those cases, that caregiving involves protecting finances.2 Educating ourselves and loved ones about current scams is critical. And vigilant monitoring can serve as the first line of defense for shutting down fraud at its inception.

Identity Theft - What Is It?

Identity theft is the fraudulent acquisition and use of a person's private identifying information - usually for financial gain.3 Approximately 15 million Americans have their identities stolen every year4, which experts believe costs Americans at least $50 billion annually. Many individuals who are affected don't realize that they have been victimized - until years later. Others are children, seniors or impaired individuals who don't have the capacity to recognize the problem or report it to authorities.

Their caregivers may end up dealing with a morass of issues that require dozens of hours spent with merchants, banks, credit card companies and even the IRS. Examples of identity theft include a fraudster who files a false claim with the IRS. He or she may use stolen or fictitious personal information, allege that wages have been earned and taxes have been withheld, and thus a refund is due. Other cases may be as simple as using a stolen credit card to make purchases at a local store.

While state definitions vary, identity theft almost always constitutes a criminal offense. But the truth is that it is usually just the tip of the iceberg. Individuals who have their identity stolen often become unwitting victims of theft of funds as well. It's important to recognize that monitoring for identity theft usually won't detect suspicious activity and exploitation in financial accounts. EverSafe monitors for fraud in credit reports and financial accounts, providing you and your loved ones with comprehensive protection.

A data breach occurs when sensitive, protected or confidential data is viewed, stolen or used by unauthorized individuals. Data breaches are not a result of your actions, and the majority of time are not caused by you putting your information online. Most data breaches occur when an organization's database containing personal information such as name, mailing address, phone number, email address, social security number and/or credit card numbers is disclosed improperly.

Below is a list of selected alleged data breaches, in chronological order. This is not intended to be a complete list of breaches but ones that have occurred at major retailers or institutions that EverSafe believes are of interest to its members. If you are an EverSafe Member, starting in September 2016, you will receive an alert for a selection of data breaches that EverSafe believes may be of interest to you. If you are not a Member of EverSafe, you may visit this site on a periodic basis for updates.

Millennium Hotels & Resorts North America: In August 2016, there was an indication of a data security incident involving food and beverage point of sale systems at 14 of its hotels in the United States. For additional information, please refer to the following: http://www.businesswire.com/news/home/20160825005278/en/Millennium-Hotels-Resorts-North-America-Informed-Potential.

LinkedIn: In May 2016, fortune.com reported that 167 million account credentials were involved in a data breach at LinkedIn in 2012. For additional information, please refer to the following: http://fortune.com/2016/05/18/linkedin-data-breach-email-password/.

Home Depot: In September 2014, Home Depot confirmed a data breach of customers who had used debit and credit cards in their U.S. and Canadian stores. For additional information, please refer to the following: http://www.nbcnews.com/tech/security/home-depot-confirms-credit-card-data-breach-n198621.

Scams are rampant in today's world. Unfortunately, exploiters have become better than ever at ensnaring victims. Exploiters often target vulnerable seniors, but financial abuse can happen to anyone. When it comes to prevention, knowledge is power. Keeping yourself educated about current schemes can ensure that you stay one step ahead of the con artists. And make sure that you keep loved ones in the loop as well. Check the following list to keep updated about current scams:

An unsolicited call, email or phony website is used to prompt the recipient to provide valuable personal and/or financial information for the purpose of identity theft (e.g., IRS, Medicaid, Microsoft Tech Support) and/or theft of funds. Phishing can occur in conjunction with a number of different scams.

An unknown caller attempts to sell the customer a product he/she has no interest in purchasing. In many cases, the customer doesn't understand the offer, and/or high pressure tactics are used to prevent him/her from leaving the call.

An uninvited contractor attempts to pressure a resident into having work done on his/her property. In many cases, the work is unnecessary, the contractor demands more cash to finish the job, and/or the "improvement" is substandard or abandoned - if it ever begins.

A stranger (usually younger) ingratiates himself/herself to an older person, gaining their affection and then persuades them to transfer funds and/or gain control over their finances or estate.

Exploiter impersonates a grandchild or another identified friend, typically by phone or email, claiming they've had an emergency or are in trouble and need the grandparent or friend to send cash immediately. Emergencies are often purported to be an arrest, being stranded or a victim of theft in another country, or even being kidnapped. Targets are urged to send cash quickly and "not to tell."

Unsolicited email or phone notification indicating that the recipient has "won" a prize or that there is an important person who has access to a huge payoff, award or inheritance, but in order to receive the prize, cash is required in advance - to cover taxes, shipping, government fees or other charges (e.g. Nigerian prince, IRS scam).

Unsolicited call or email from exploiter impersonating tech support staff, warning of virus or problems with hardware; their goal is to remotely control users' systems and install malware and rogue, malicious anti-virus software. After sensitive information is collected, a call will come from the same exploiters to hire them to remove the same software (e.g. Microsoft).

POA delegate with financial decision-making authority takes advantage of principal. An unscrupulous agent may steal funds, fail to pay bills and/or make gifts to himself/herself or others - inconsistent with the principal's history of giving.

Get Protected
As Seen In: