Research published in Alzheimer’s Research and Therapy last month suggests that there may be similarities in the ways that Alzheimer’s disease and COVID-19 affect the brain. Scientists from the Cleveland Clinic have discovered a link between the 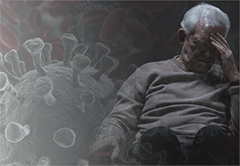 COVID virus and brain changes that are commonly associated with Alzheimer’s-type dementia. The study noted: “We found significant network-based relationships between COVID-19 and neuroinflammation and brain microvascular injury pathways and processes which are implicated in AD (Alzheimer’s disease).” The researchers acknowledged that the harmful effects of COVID on an individual’s central nervous system could increase the likelihood of developing Alzheimer’s and that more research was necessary with respect to any suggested correlation. Nonetheless, investigations like this one will improve our understanding of the neurological implications of COVID and provide guidance with respect to future preventative interventions and treatments. 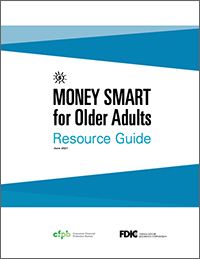 In mid-July, the Consumer Financial Protection Bureau (CFPB) and the Federal Deposit Insurance Corporation (FDIC) announced their release of an enhanced version of their financial health guides for seniors and caregivers, entitled Money Smart for Older Adults. The new version includes an updated resource guide which contains information on elder financial abuse and steps you should consider if you or a loved one is victimized. There is additional material on current scams, including romance fraud (up 50% in the last two years), schemes targeting veterans, and additional information on COVID-19-related scams. The guides do not address fintech tools that can be helpful to older clients and caregivers, but they do advise their readers to “consider setting up transaction alerts that are monitored by a family member or other third party.” At EverSafe, we feel that 3rd party alerts are the most critical step in safeguarding your money. For information on how to designate a ‘trusted advocate’ to receive alerts for erratic activity on your financial accounts and/or real estate, click here.

Best Exercise for the Brain?

Researchers have long known that exercise is good for one’s physical well-being and brain health. But most of the scientific research has focused on gray matter – the material that comprises the outer layer of the brain, which has the highest 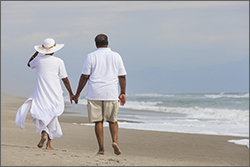 concentration of neurons. New and interesting research focuses on white matter, which is critical for optimal brain function. In this study, participants were placed into groups and met three times a week for six months. One group took 40-minute walks, one participated in supervised stretching and balance exercise, and one learned and practiced dances. At the end of the intervention, the walkers were the sole group in which changes in white matter were associated with better memory. It’s unclear why the dancers didn’t show those same improvements, although it could be because they received instruction and thus were not moving as vigorously during their sessions, according to the researchers.

Cryptocurrency doesn’t usually conjure up images of older adults, but scams involving digital currency are on the rise – and seniors are often targeted. According to the FTC, approximately “6,800 consumers reported more than $80 million 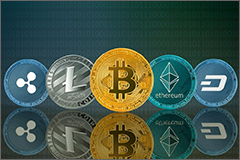 in cryptocurrency-investment scam losses during the six months ending March 31st… the median loss was $1,900.” A recent case reported in Newsweek is somewhat typical. It involved a 77-year-old woman from Indiana who lost over $12,000 in a bitcoin scheme. It started with a phone call in which she was informed that her Paypal account had been hacked and that $500 had been stolen. She was then directed to call a telephone number, where a man guided her through steps to get her money returned. Those steps involved buying $3,500 in bitcoin on a crypto platform called Coinbase. She turned over her bank information – believing that it was necessary to get the money returned. A number of withdrawals were made, which ultimately led to a theft of over $12,000. AARP cautions consumers to be on guard for celebrity endorsements and any website appearing to be connected to the government that is associated with cryptocurrency investments.

CELLOIST SHARES HER MUSIC AND WISDOM

The New York Times is running a series called “It’s Never Too Late,” which tells the stories of older people who decide to follow their passions. This month’s piece was especially poignant. It told the story of Vera Jiji, who studied cello and played in 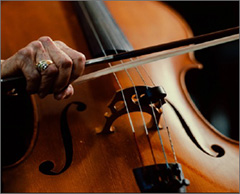 the orchestra at the High School of Music and Art in Manhattan. She loved music and her instrument. As a grown-up, though – life got in the way. She became an English professor and raised four children. The cello sat tucked away in the back of a closet for over 40 years. Dr. Jiji picked up her instrument again in her 60s. Although she was unsure about whether she could still play, the cello became an integral part of her retirement. She took a creative music class for people over 60, and as she put it in the NYT interview, “It all came flooding back, and it was wonderful. I felt like I was reconnecting with a best friend. I needed the opportunity to play music and have these other musicians in my life. This was a return to a prized passion.” Jiji is now 93 years old and gives sage advice to those thinking about retiring: “Do not be afraid to go back to something you loved. People say no to things too quickly. We aren’t always our best friends. Your passion or skills are still there. You will remember more than you think. All the information about music I thought I’d lost was in a part of my brain that wasn’t talking to me until I tapped back into it.”