— Courtesy of Consumer Federation of America

In our lives as consumers, many kinds of transactions can leave us feeling ripped off. As the saying goes, caveat emptor—let the buyer beware. But when do we need to be most on our guard? The Consumer Federation of America earlier this year published a list of the 10 most common consumer complaints, based on a survey of public agencies.

Here is the federation’s Top Ten list of consumer complaints reported to public agencies in 2018:

Watch Out for Funeral Scams

Crooks have been known to demand cash from grieving widows or widowers by claiming falsely that the deceased owed them money. But unethical business practices at funeral homes may be a more common threat. Unscrupulous operators have various ways to jack up the bill beyond what the grieving consumer wants or needs.

One trick is to pressure the customer into spending heavily on the casket, even if the deceased is going to be cremated. Another tactic is to sell a costly package deal that includes

services you don’t require, such as excessive floral arrangements or high-priced clothing for the deceased.

The Federal Trade Commission has a Funeral Rule that requires disclosure of fees, but it is not always followed. State rules vary, and the FBI encourages consumers to be careful. AARP provides a list of Dos and Don’ts to protect consumers from getting exploited by funeral homes. They include:

The death of a loved one may be a painful moment to assert your consumer rights. But failing to do so can cost you thousands of dollars.

California has closed a legal loophole that will provide more details to consumers about personal data that may have been compromised. 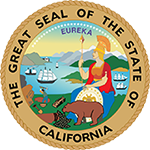 When data thieves attacked Marriott’s Starwood Hotels guest reservation database in 2018, they got access to hundreds of millions of guest name and home addresses, as well as 25 million passport numbers. At the time of that breach, passport data didn’t count as personal protected information – a realization that led California Attorney General Xavier Becerra to push for stronger data breach laws.

If personal information is stolen, businesses must tell consumers what happened, what information was involved, what the business is doing about it, what the consumer can do, and provide a number to contact for more information. The California law takes effect on January 1, 2020.

Your chances of becoming a victim of fraud may depend on where you live, according to a new study from WalletHub. The analysis, which notes that 1.6 billion personal records have been compromised since 2005, counted the instances of identity theft and fraud in each state and the District of Columbia. It also analyzed the official policies that had been enacted to protect consumers. 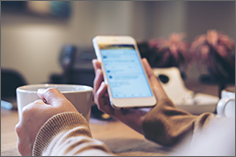 The “losers” of the survey—the places where consumers are mostly likely to be targeted—were the District of Columbia, California, Nevada, New Hampshire, South Carolina, Delaware, Louisiana, Texas, New York and Florida rounded out the Top 10.

The authors point out that email security is one of the major ways you can protect yourself against identify theft and fraud. Frederick Scholl, director of cybersecurity program at Quinnipiac University, advised consumers:

Tip: How to Join the Yahoo Settlement

Yahoo has notified consumers about how to join the proposed $117.5 million data breach settlement that covers anyone with an account between 2012 and 2016. Crooks took emails, passwords, birthdates, security questions and contacts in the largest data hack ever.

Affected consumers are entitled to free credit-monitoring services or cash. Cash awards are limited to $358, but it’s doubtful you’ll get that much. If you are affected, you can learn further details about your choices and how to proceed by going to: https://yahoodatabreachsettlement.com.

NerdWallet recently wrote a guide to the settlement with the following pointers: