The Financial Industry Regulatory Authority (FINRA) and Rush University Medical Center published a new study earlier this month which concluded that “financially literate seniors are less likely to develop Alzheimer’s dementia than elderly people who are not financially literate.” Their research found that financial literacy (defined as a measure of  both financial knowledge and 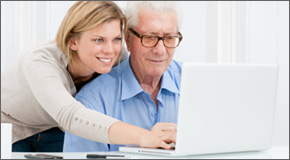 numerical ability), was “similar among sixty-and seventy-year-olds but was lower in eighty-year-olds and even lower in ninety-year-olds.” The report, Confidence in Financial Literacy and Cognitive Health in Older Persons, was the result of data collected and analyzed from hundreds of older individuals in Chicago. It found a link between an older person’s confidence in their “financial knowledge” and a decreased risk of Alzheimer’s type dementia. Alternately, the study found that under-confidence in managing finances suggested a greater risk of developing Alzheimer’s and faster cognitive decline. According to the study, “It could be that confident people are motivated to engage with the world and actively seek and acquire information.” Interestingly, the research did not see a similar correlation between “confidence in general” and cognitive decline, according to FINRA. The regulator also suggested that measuring the confidence and financial literacy of seniors may serve as a useful intervention for protecting older investors in the future.

Tensions are high before an election, and this year is certainly no exception. Voters look to the internet, and especially social media, for news about candidates. It is now common knowledge that there is a good deal of inaccurate information accessible 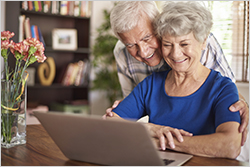 online, including articles and websites that are designed to deceive readers. According to Pew, over 70% of older Americans are now online, and many of them use Facebook and Twitter. And according to a recent piece in The New York Times, in 2016, Facebook users who engaged with ‘fake news’ sources were “far more likely to be older than 65.” A new program operated by MediaWise for Seniors (funded by Google) and the Poynter Institute for Media Studies, is designed for older users. Its purpose is to help them sort legitimate online news sources from phony ones. According to Katy Byron, the program manager, there was “a desperate need to educate this older age group, not only because of the election but because of the coronavirus.” As referenced in the Times piece, older Americans are far more likely to register and vote than younger cohorts. In the last US election, more than 70 percent of people over 65 cast ballots, compared with about 46 percent of those 18 to 29.” This digital literacy initiative and fact-checking resource, built with seniors in mind, will assist older voters as they continue to shelter-in-place.

On September 17th, the Centers for Medicare & Medicaid Services (CMS) issued a new guidance with detailed recommendations on ways in which nursing homes can safely facilitate visitation in this phase of the COVID-19 pandemic. Many 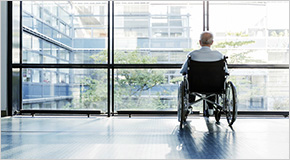 nursing homes are now permitting visitors—after several months of restrictions designed to slow the spread of the virus. CMS has recognized that physical separation from family and loved ones has taken a significant toll on nursing home residents. In the revised guidance, CMS encourages nursing homes to facilitate outdoor visitation to reduce the risk of transmission. Indoor visitation is approved “if there has been no new onset of COVID-19 cases in the past 14 days and the facility is not conducting outbreak testing per CMS guidelines.” Indoor visitation is subject to other requirements, as specified. The guidance also addresses end-of-life situations, and focuses on cases in which compassionate care is required, including cases in which residents experience grief after the loss of a loved one and issues related to lack of family support after moving into the nursing home environment.

Fraud has escalated during the pandemic. And imposter scams often involve criminals who pretend to be from government organizations, like the IRS or the Social Security Administration. There have been multiple reports of a new scam targeting older

adults in which callers purport to be personnel from the US Department of Justice (DOJ). According to a DOJ news release on September 4th, “reports to the National Elder Fraud Hotline indicate these scammers falsely represent themselves as Department of Justice investigators or employees and attempt to obtain personal information from the call recipient, or they leave a voicemail with a return phone number.” The return phone number sends callers to a taped menu that matches a recorded tape from the actual department’s main phone number. Eventually, the user reaches a phony “operator” and “investigator.” That “investigator” then asks questions in an effort to gain the user’s personal information, including credit card numbers, social security number, and other confidential information. If a loved one or client receives such a call, they should call the FTC’s hotline at 877–FTC–HELP (877-382-4357). This scam can also be reported to the FBI for law enforcement action at https://www.justice.gov/criminal-fraud/report-fraud.

THE PASSING OF AN ICON

The EverSafe team was saddened to learn of the passing of Associate Justice Ruth Bader Ginsburg, the Supreme Court’s oldest member, from complications of metastatic pancreatic cancer. Justice Ginsburg made groundbreaking contributions to women, 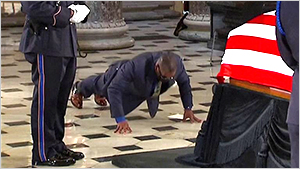 including older women. Her work supporting equal rights went far beyond gender. Her hard work, determination, and tenacity up until her death exemplifies that age doesn’t lessen one’s worth. RBG was passionate about discrimination against older people. In 2018, the Court ruled that federal law prohibited age discrimination in state and local governments, regardless of their size. The 8-0 decision was written by the Court’s oldest justice at the time, Ruth Bader Ginsburg—at age 85. As argued in a piece by Dr. Sheri Levy in Psychology Today, RBG encountered blatant sexism and ageism with persistent calls to step down as Supreme Court Justice in her later years, a position that has a lifetime appointment. Justice Ginsburg would aptly point out that Supreme Court Justice John Paul Stevens retired at 90. Why should she be expected to retire before 90? Justice Ginsberg was still working out—doing hour-long strength training workouts—until a few months ago. As the slogan used to describe her goes, she was “Not fragile like a flower, but fragile like a bomb.”

See Bryant Johnson, RBG’s trainer and often described as one of the most important people in her life—pay tribute at her casket: https://www.youtube.com/watch?v=wVBsaRFEwOM