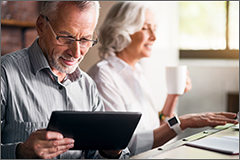 AARP’s 2021/2022 survey, Tech Trends and the 50-Plus, suggests that the pandemic has fueled the adoption of technology use among older adults in the US. The study found that “three in four people age 50-plus say they rely on technology to stay connected, with those in their 50s (76%), 60s (79%), and 70s (72%) all exceeding 70%.” Older adults report challenges, however, specifically related to inclusivity. According to the survey, nearly half of adults over 50 don’t feel technology is designed with seniors in mind, with “poor user experience” and inadequate and unclear training materials cited. And as age advances, the challenges with respect to user experience appear to be more significant. Nearly 25% of those 50–59 don’t feel technology is designed with the age of the user in mind, compared to 40% of those 60–69 and 45% of those who are 70-plus – important information for financial institutions and fintechs that are focused on providing digital solutions older clients.

Allegations relating to a 2006 study of Alzheimer’s disease are rocking the medical research community, “calling into question the validity of the study’s influential results,” according to Science magazine. According to these reports, there is evidence that

images used in the research, which focuses on the assembly of beta-amyloid proteins and their role in potential treatments, were altered. The lead scientist authoring the study was Dr. Sylvain Lesné, from the University of Minnesota. According to Science, “more than 20 “suspect” papers by Lesné identified more than 70 instances of possible image tampering in his studies.” A whistleblower, Dr. Matthew Schrag, from Vanderbilt University, brought the numerous signs of fabrication to light. For decades, a leading medical theory has posited that amyloid beta protein formed sticky plaques in the brain, and that this is one of the primary contributors to Alzheimer’s disease. These findings are shocking and hurtful to medical progress. As one nerobiologist, Dr. Karl Herrup put it: “A lot of the best science was done by people being wrong and proving first if they were wrong and then why they were wrong. What is completely toxic to science is to be fraudulent.” 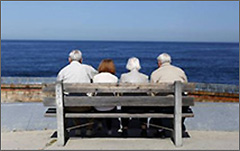 “dangerously inadequate and not connected to realities on the ground.” Adult Protective Services (APS) is an organization that exists in every state and provides local social services to older vulnerable adults referred because of abuse, neglect, and financial exploitation. Over 1.34 million reports of abuse were made to APS nationally in 2021. Under the Senate Democratic proposal, 16 states would receive merely $45,000 each in Fiscal Year 2023 to address these reported incidents of abuse – despite elder abuse reports continuing to increase, according to NAPSA and the EJC. According to BankSafe, a training program on elder fraud prevention developed by AARP for financial service professionals, the average loss in one elder fraud case alone is $120,000 – illustrating the inadequacy of the current federal funding proposal.

70 older Americans lost over $2 million – targeted in grandparent scams committed across the US, according to federal authorities. Last month, the Department of Justice announced that the scammers “… were members and associates of a network of individuals who, through extortion and fraud, induced elderly Americans across the United States to pay thousands to tens of 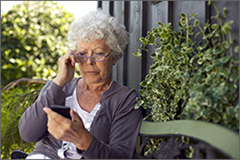 thousands of dollars each to purportedly help their grandchild or other close family relative.” The victims paid tens of thousands of dollars at a time, giving the fraudsters cash for fake emergencies such as bail money, attorneys related to car crashes, or payments to avoid various repercussions related to their grandchild’s purported “arrest.” In an indictment unsealed earlier this month, it was revealed that all of the victims were men and women in their 70s or 80s. Many of the fraudsters then converted the funds to cryptocurrency to launder a portion of the stolen funds. The oldest was “an 89-year-old woman… who lost $18,000. The largest individual loss was suffered by a 73-year-old woman in San Francisco who gave up $217,000 to men posing as attorneys for her grandson, who purportedly had been arrested and sued.” If you or an older adult has been victimized in a financial fraud scheme, including a variation of the grandparent scam, help is available at the National Elder Fraud Hotline: 1-833-FRAUD-11 (1-833-372-8311).

Western New England University researchers, led by Dr. John Pezzuto, recently led a number of studies on the effects grape consumption may have on our physical health. According to this research, adding “just under two cups of grapes per day to a 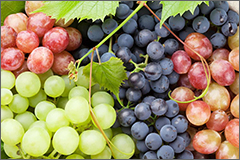 high-fat diet can have astonishing health benefits, yielding reductions in fatty liver, boosting levels of antioxidant genes, and significantly increasing longevity.” One of the studies was published in a journal entitled Foods. It focused on the correlation between consuming grapes and the adverse effects of a high-fat diet. Although this research involved mice, experts agree that the results are compelling and potentially relevant to humans: “grape powder consumption led to a significant modulation of hepatic gene expression, successfully prevented oxidative damage, ameliorated non-alcoholic fatty liver disease, and increased longevity.” The other studies can be found in Antioxidants (how grapes effect gene expression in the brain) and Food & Nutrition (metabolism). Although researchers acknowledge that these studies do not involve exact science for translating “years of lifespan from a mouse to a human, “ Pezzuto’s best estimate is that grape consumption may “correspond to an additional 4-5 years in the life of a human.”