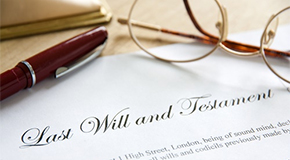 You may have heard of a term called undue influence. It occurs when an individual in a position of power takes advantage of another person, pressuring them to make a decision that they would not otherwise have made. It usually involves some degree of manipulation. Undue Influence is a concept frequently referenced in cases involving elder financial abuse. This is because it encompasses situations in which inappropriate influence is used to deprive the senior of his or her ability to consent freely. The senior may be dependent on the individual who is exerting influence. Illness, whether physical or mental, may make the senior more vulnerable to persuasion in making a gift or executing a will. The influencer who is manipulating the senior often substitutes his or her own wish, and he or she benefits from doing so.

Warning signs of undue influence in an older individual’s affairs may include:

Gifts, contracts or estate planning documents that appear to be the product of undue influence can be challenged in a court of law. If it is clear that the transaction involved such influence, a judge may set aside the purported agreement. In the case of a will, it’s likely that a contest based on undue influence won’t occur until probate – after the testator of the will passes away. This is because exploiters don’t generally publicize the fact that they have exerted pressure or duress on the testator, and isolating the senior may be essential in order to conceal the exploitation.

What’s most important in preventing undue influence? Stay in constant touch with older family members, keeping the red flags in mind. If it appears that an influencer’s isolation tactics are in play and you suspect abuse, call Adult Protective Services or law enforcement without delay. Talk to the senior in your life about enrolling in a service that will enable trusted family members and/or professionals to keep an eye on financial information so that unauthorized activity that’s the result of undue influence can be preempted immediately.