Reducing the Risk of Alzheimer’s

Researchers in the UK recently conducted a study involving patients diagnosed with dementia to assess whether a person’s lifestyle appeared to have an effect on whether they showed signs of the disease. The scientists sought to address why some individuals with amyloid plaque in their brain (associated with Alzheimer’s disease) exhibited signs of dementia, while others 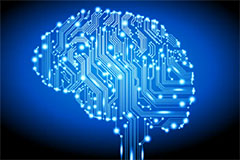 with the same level of plaque had no apparent issues with cognition. The research, now published in Neurology, involved 1,184 people in the UK who were born in 1946 and had taken cognitive tests when they were eight years old and again at the age of 69. During this period, a ‘cognitive reserve index’ measured respectively the participants’ education level, their involvement in “enriching leisure activities,” and their employment. The study found that individuals who participated in six or more “leisure activities,” such as educational classes, volunteer work, and social activity scored higher than others who took part in fewer activities. The author of this research, Dorina Cadar, noted that the results were exciting as they demonstrate that “cognitive ability can be affected by factors throughout our lives and that taking part in “an intellectually, socially and physically active lifestyle” may help fight off cognitive decline and dementia.” 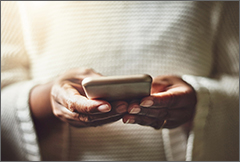 The US Senate Committee on Aging held a hearing in September focused on how communities can identify and address scams targeting older adults. Witnesses included a specialist from Adult Protective Service in California and two victims of fraud schemes, including a former US Air Force officer. The hearing highlighted the publication of the Committee’s annual fraud prevention resource book, published in English and Spanish, and details the top 10 scams reported to the Aging Committee’s Fraud Hotline last year. The Aging Committee also noted the passage of the bipartisan Stop Senior Scams Act, which “directs the Federal Trade Commission (FTC) to create a federal advisory council charged with improving education and training efforts so that businesses and financial institutions can better identify and prevent scams.”

Tech support fraud schemes are as prevalent as ever and often target older users. These scams usually start with an unsolicited pop-up or email containing a warning that the consumer’s personal or financial information is at risk and that malware has been

detected on their device. The fraudster may pretend to be with Apple, Microsoft or Norton and cite a threat, followed by a direction to give the scammer remote access or to call a phone number to resolve ‘the problem.’ Users often panic, believing that if they don’t take steps to quickly resolve the phony emergency, their identities and life savings may be stolen. Instead, they unwittingly take steps to ensure that they’ll be victims. A recent scheme in Florida involved several older victims who were induced into believing that there were issues with their computer software. Those targeted ended up paying for phony computer repairs and software. As part of the conspiracy, the now-convicted felon and her associates opened up phony bank accounts and ended up with $250,000 in stolen funds. Families should take the time to educate loved ones about this scam and use monitoring that alerts for erratic financial activity, in addition to credit monitoring, as well as the opening of new, unauthorized bank accounts. 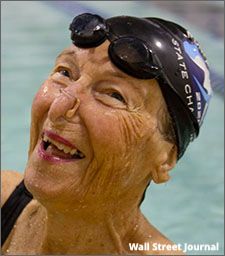 Feeling your age? Centenarian Charlotte Sandaal has competed in more than 400 Masters swim races and she holds five individual Masters world records and 10 individual U.S. Masters Swimming records. She also has 300 individual U.S. Masters Swimming top 10s, meaning she placed among the top 10 in her sex and age group in an event over a whole season, according to the Wall Street Journal. Remarkably, Ms. Sandaal didn’t start swimming until she was in her 70s, and credits her workouts for keeping her active and helping her recover after she broke her hip in a bike accident at age 88. Best of all, Ms, Sandaal still “…paints her toes in rainbow colors, enjoys her Chardonnay and doggedly pursues swimming world records.” She is currently training for the Huntsman World Senior Games next month in Utah, as well as the FINA World Masters Championships in 2023 in Japan.