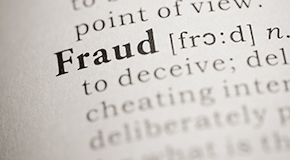 Joan, 81, received a call from a woman claiming to be her 52 year old daughter. “This doesn’t sound like you,” said Joan. The caller ignored her, saying that she had bounced checks for her car insurance and was at the bank. “I’m so embarrassed, Mom—I need cash right away.” Joan offered to come to the bank, but was told that someone from a local branch would be coming over to pick up the money. Joan’s husband agreed to meet the bank representative in the lobby with a money order. That evening, Joan poked fun at her daughter for not being able to manage her finances. Joan soon realized that she had been the victim of a scam.

It was Sam’s lucky day. He received a phone call indicating that he was the first prize winner in a national sweepstakes. Sam was doubtful. The caller claimed that Sam had filled out a contest entry in a mall, about nine months prior. Sam couldn’t recall the contest, but the caller had his address, and assured him that this was not a joke. He indicated that Sam would receive a cashier’s check in person. The only hold-up was that the IRS was insisting that he pay taxes on his half million dollars in winnings up front, by wiring funds. Sam, a former educator, was suspicious at first. But the caller was articulate and had given Sam his name and a return telephone number.

Sam and Joan were ensnared in garden variety “imposter scams.” Other well-known scams involve calls from purported grandkids to grandparents, claiming that they’ve had wallets stolen or they’ve been arrested and not to tell their parents. Fraudsters often use marketing tools called “sucker lists” to find their prey—buying, selling and trading lists of customers who have previously fallen for phone, mail or internet scams. A number of them become chronic victims, entering contests even after being warned repeatedly by friends and relatives that they have been conned. Not helping the problem is the fact that financial-making decision skills decline after age 55, according to research being conducted at the University of Alabama.